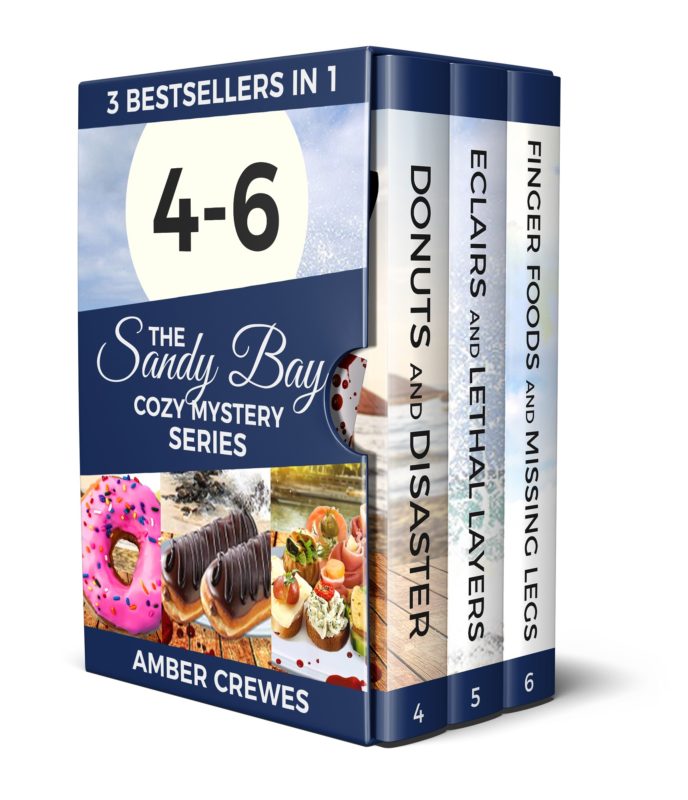 Order Now!
About the Book

Discover how Meghan Truman, Sandy Bay’s latest resident and new bakery owner, navigates her way through three murder mysteries as she gets to know the quirky characters in her adopted hometown after failing to make a career as an actress in Hollywood. She’s finally started a relationship with Jack Irvin, a detective, but will she find time to build a romance while she has to deal with betrayals, ungrateful staff, culture clashes and murder? 3 complete BESTSELLING cozy mystery stories in 1 boxset!

Donuts and Disaster (Book 4)
Meghan Truman’s relationship with her assistant is severely tested when she becomes prideful over a donut recipe she’s introduced to Truly Sweet’s menu. Matters are further worsened when a distant relative of this assistant, with selfish intentions and bad manners, is found dead in the town center.

The local handyman is arrested and put in jail when several witnesses confirm they saw him having an altercation with the murdered victim. Handsome detective Irvin and Meghan believe he’s innocent but the evidence against him is too damning to overlook.

Will Meghan’s attempt to give her assistant a second chance at restoring their relationship backfire or will a determination not to harbor unforgiveness in her heart lead her to the true murderer?

Eclairs and Lethal Layers (Book 5)
When a new girl comes to Sandy Bay with intentions to open a bakery, Meghan Truman is happy to share baking tips and some business advice. Things get awkward when this new girl steals not only her secret recipe and branding but also her biggest corporate order!

Her world is further thrown into a state of chaos when ‘new girl’ is found dead and her dearest friend is identified as the main suspect.

With so many conflicting clues pointing to different potential murderers, Meghan must slice through the layers of ambiguity shrouding this murder investigation and discover the real motive and culprit behind this heinous crime.

Finger Foods and Missing Legs (Book 6)
Meghan Truman is ecstatic when she discovers she’s won an all-expense paid trip to Paris for a Food and Baking convention. She’s never been to Europe and is looking forward to the sights, smells and people.

Her trip takes a very sour turn when one of the chief conference speakers is reported missing and subsequently found dead in her hotel room. Meghan is shocked when she’s informed she has been identified as a person of interest who the police want to speak to.

With her European trip in danger of turning into her worst nightmare, she must quickly identify who had the most to gain from the victim’s demise and absolve herself of any link to the murder before her hopes of landing a lucrative deal with an interested investor fades into nothing in the city of Love. 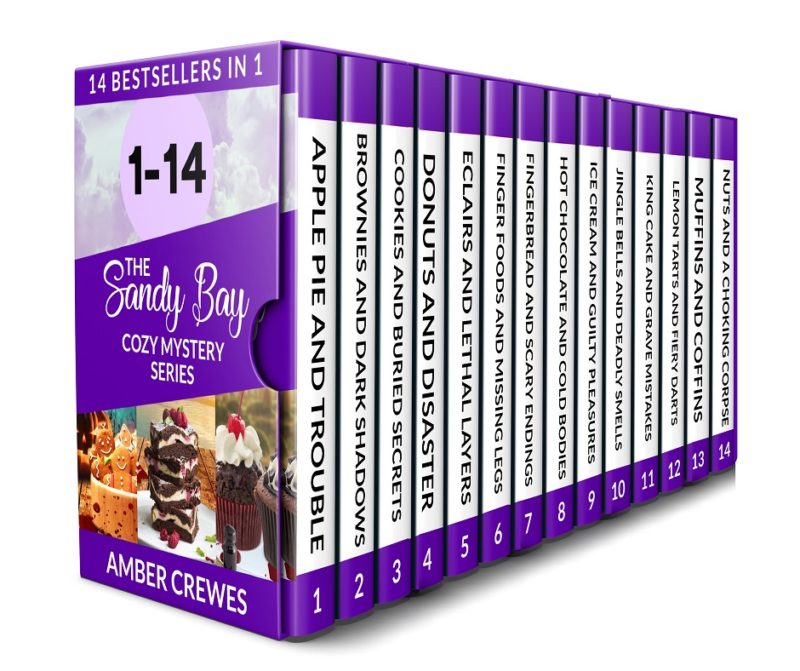 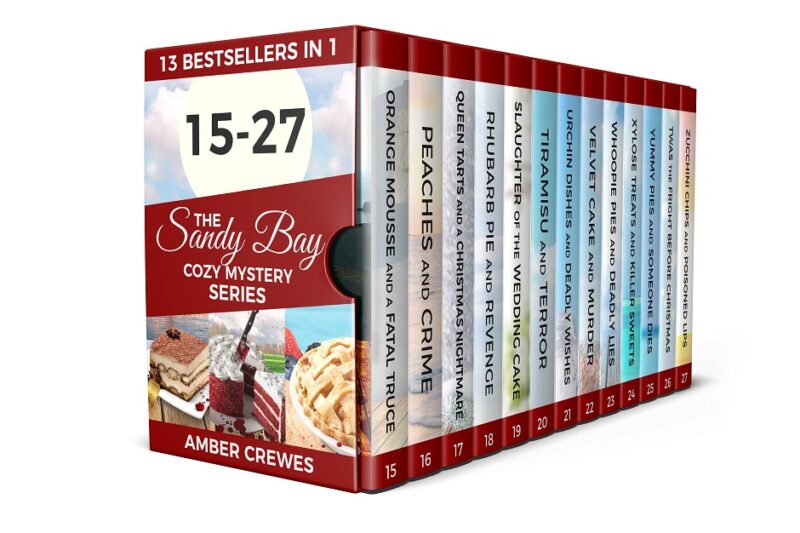 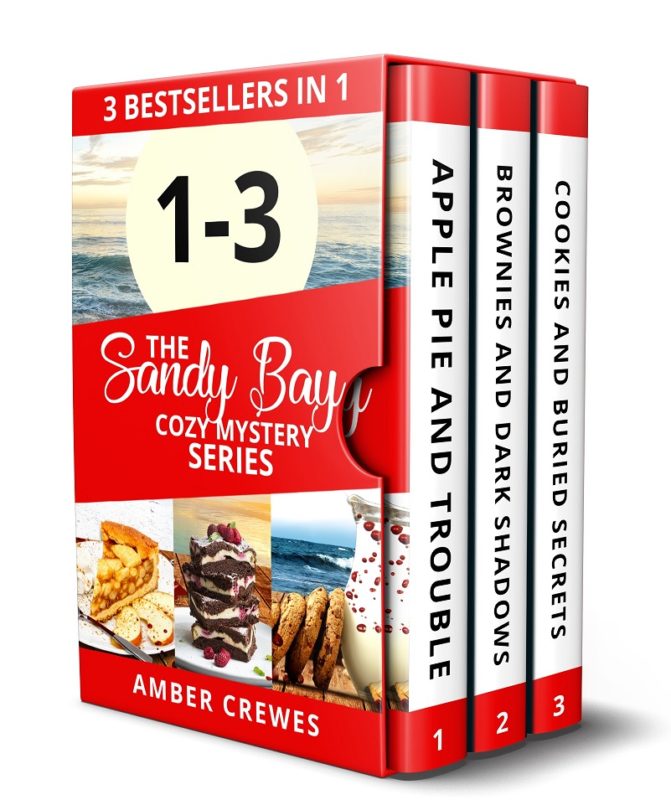 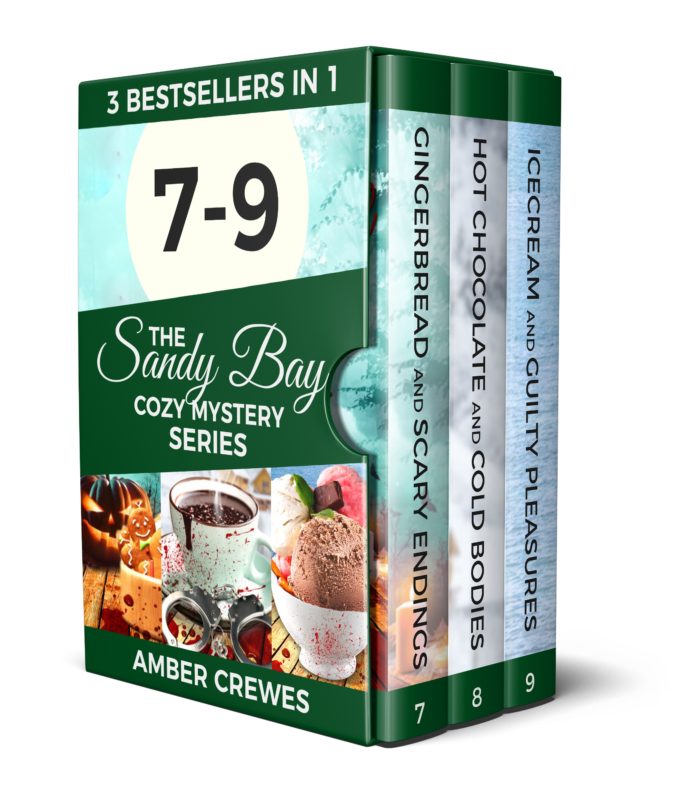 Sandy Bay Cozy Mystery Series: Box Set 3
Preview
Disclosure of Material Connection: Some of the links in the page above are "affiliate links." This means if you click on the link and purchase the item, I will receive an affiliate commission. I am disclosing this in accordance with the Federal Trade Commission's 16 CFR, Part 255: "Guides Concerning the Use of Endorsements and Testimonials in Advertising."
← Lemon Tarts and Fiery Darts
Muffins and Coffins →